The Real Haunting, and History of the Octagon House. Ghost Stories, and ...

The Octagon House, built between 1798 and 1800, was designed by Dr. William Thornton, the architect of the U.S. Capitol, and completed by the year 1800. Colonel John Tayloe, for whom the house was built, owned Mt. Airy plantation, located approximately 100 miles south of Washington in Richmond County, Virginia. 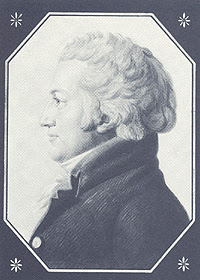 Tayloe was reputed to be the richest Virginian plantation owner of his time, and built the house in Washington at the suggestion of George Washington.

In 1814, Colonel Tayloe offered the use of his home to President and Mrs. Madison for a temporary "Executive Mansion" after the burning of the White House by the British.

Colonel Tayloe and his wife Ann Ogle had fifteen children and two would die on these stairs. These two daughters both apparently were in love with inappropriate men (one was even a British officer!) and after quarrelling with their father, both fell from the stairs to their death. 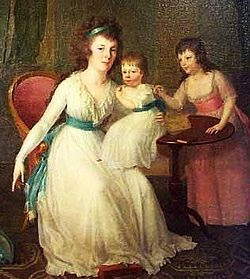 Their deaths were years apart but the similarities in their accidents could lead one to believe that Tayloe went to an early grave not out of grief, but from guilt.

Dolly Madison, is a very popular ghost in Washington D.C.; she has the most hauntings attributed to her in the whole District! How Mrs. Madison came to the Octagon is just another example of the significance of the Octagon in its early days. After the burning of Washington and the Madison’s flight from the city, the presidential couple needed a place to stay while the White House was being rebuilt. 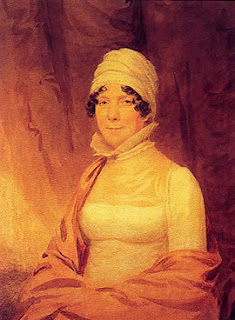 Colonel Tayloe offered them the Octagon and the Madison’s graciously accepted. In was in the second floor circular room that Dolly Madison held many of her famous soirees and balls in the residence. Her lingering presence is detected in the smell of lavender in the house, Dolly Madison’s favorite perfume.

After the Madisons vacated the Octagon and the Tayloes passed on, the house was used as a boarding house and for government offices. It was during this period that the Octagon gained its fourth ghost, the ghost of a gambler who had rooms on the third floor. The man was a notorious cheat and was shot and killed in a card game. The story goes that as he fell to the floor, he tried to keep himself upright by grapping onto a bell rope. It didn’t work. That final bell can still be heard occasionally. 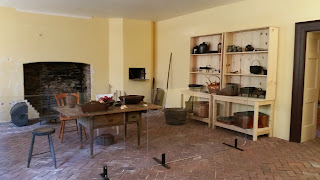 The oldest of the Octagon’s ghost legends is that of the mysterious ringing of the servant’s call bells, just one of the legends linked to the African American slaves who once lived there. When the house held bells to summon servants, the spirits of the dead slaves would announce their presence by ringing these bells loudly. The ghostly bell ringing is believed to have first occurred in the mid-1800s. 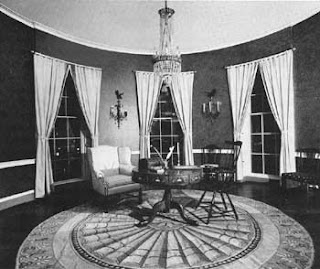 Virginia Tayloe Lewis, a granddaughter of John Tayloe III, grew up in the house and recorded this family memory in an unpublished manuscript: "The bells rang for a long time after my Grandfather Tayloe’s death, and every one said that the house was haunted; the wires were cut and still they rang… Our dining room servant would come upstairs to ask if anyone rang the bell, and no one had.

Posted by davids ghost at 3:30 PM No comments:

The Haunting of Volo, H Wallace Gale Died in the Civil War, and then He... 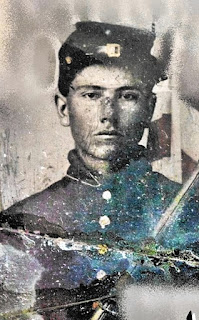 Son of Gardner Gale and Louisa Williams Gale
H. Wallace Gale served as a soldier in the Civil War, and is said to still be walking the grounds around the Volo Antique Mall. Experiences of guests and workers have happened so often, that Discovery Channel’s now ended Ghost Lab had decided to investigate the claims. 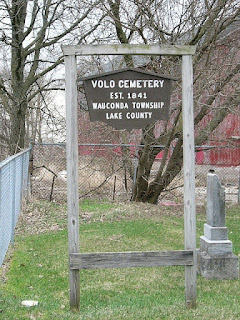 As you walk toward the grave of Civil War soldier Wallace H. Gale at the Volo Cemetery, you just may feel a burst of cold wind.
Wallace Gale it is said haunts the Volo Antique Mall, which is right next to the Volo Cemetery.
The building that houses the mall is owned by the Grams family and once was a dairy barn built in 1848 by the Gale family. Wallace Gale, who grew up on the property in an old farmhouse next door to the barn, starved to death in Tennessee while serving in the Civil War.
His body was returned to the homestead for burial, and you can see the tombstone from a window in the antique mall. 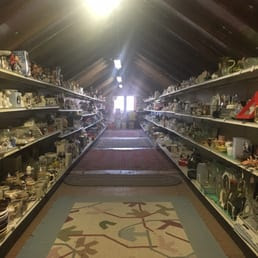 Over the years, mall visitors have reported seeing a young boy staring at them from outside the window on the fourth floor. Others claim to have seen perfume bottles floating in the air, and images of a soldier.
The family, employees and visitors to the mall kept their allegedly haunted grounds a bit of a secret, until the Discovery Channel — which hosted the now-canceled television show "Ghost Lab" — learned about it. 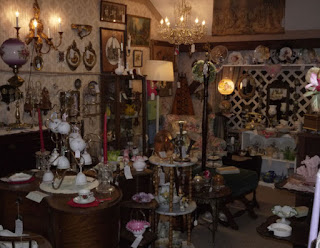 According to the show, a shadowy figure was captured on film sitting on some furniture inside the mall. The shadowy figure, some say, was the ghost of Wallace H. Gale.
Televised in November 2009, the show prompted more guests, workers and the family to come forward with more ghost stories and, since then, mall visitors have sent in photos and stories about creepy experiences, mostly at the mall or the grounds nearby, including stories of white dogs walking through mirrors, dolls found in strange places and a boy peering through the fourth-floor window — from the outside.
The Original Dairy Farm, and Farm House 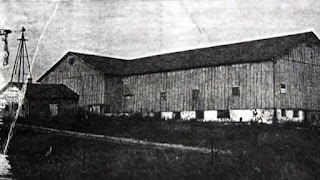 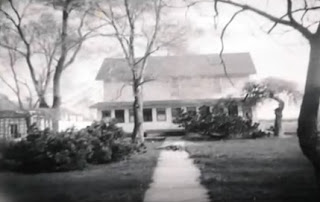 Posted by davids ghost at 9:25 AM No comments: