A Visit form the Spirits of Children. Many, many children.

It was a night like many other nights is the large old Haunted House. I have been in this castle like Victorian House for 11 years now, and have gotten use to the strange goings on. Sounds, voices, movements, and knockings, among numerous other things, but this night was a little different, and I'm not sure why. Not that it was more startling, or scary, but it was the number of voices, and the fact that, from what I could hear, they were all children. Children in a state of celebration, and fun.
I had gone to sleep that night. Me, and Wesley (my Boston Terrier) on the bed as normal. I had actually woken up from a strange dream I had. It was of a lady who had 2 bears in her house (one large, and one cub), and Wesley and I were visiting??? I don't know where that came from... We were taken there by someone else, and that someone had left. When I found out that we were going to have to stay in the bear occupied home for the night, I decided to take Wesley outside to go to the bathroom, while out there we saw a group of rats ran under the neighbors houses, and then came running back, and one of them bit Wesley. That is when I woke up. It wasn't a scary dream, just very annoying. 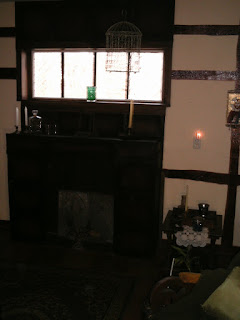 It was when I awoke from this dream that I heard the children, and not just a few of them. There were a large group of them and they were laughing, and cheering, as if some great fun were being had. They were really in a grand mood, and I thought to myself....this is a little weird, even for my house. It was coming from the bedroom adjacent to my bedroom. The rooms are connected with double doors, and I keep them closed, and locked at night. I do that to either keep my room cooler, or warmer, depending on the season. 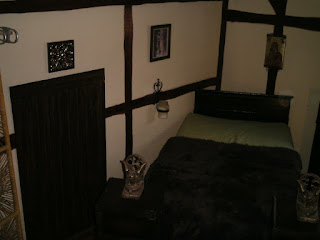 I lay there listening, and it just kept going. They were really having fun. At this point I noticed that Wesley too was awake. I assume that he too had heard it. So now we were just laying in bed waiting for it to die down (at least I was), but it wasn't, so I decided to get up, and that is when it stopped. No more laughing, cheering, and playing. No more celebration. Just silence. I walked around the room, went to the bathroom. All in silence. They were all gone now. 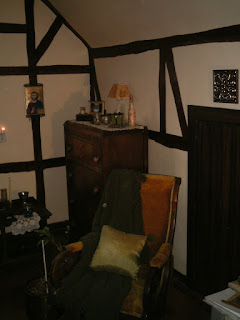 I am not sure why that night was a special night, but I feel that it must have been from something that had happened in the past, Some special night that was once again being brought back to life. Why? I will probably never know.

Posted by davids ghost at 7:12 AM No comments:

The Great Debate, with Donald Trump and others

Donald Trump has been found in many places, and in many of those has come out a winner, but now we will see how he does in nature with these candidates. Who will win?

Posted by davids ghost at 1:09 PM No comments:

A Baby Upstairs, Part of an ongoing Paranormal Investigation in the House

In this part of the on going Paranormal Investigation in the house, we find ourselves in one of the bedrooms upstairs with a infrared camera, and a spirit box, and the ghostly sounds of a baby.


Posted by davids ghost at 8:30 AM No comments: